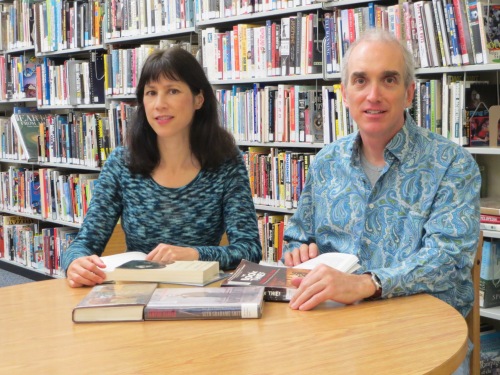 I sat down with acoustic duo Friction Farm at a Rocco’s Tacos on February 2nd, 2014, Super Bowl Sunday, just prior to a gig the group was playing at the Boca Raton library. We were there for guacamole, margaritas and a conversation about the group’s current release at the time, I Read Your Book.  While the discussion mainly centered on specific tracks from that album, it often progressed into a more general talk about certain themes embodied in the songs such as politics, religion, the environment, creativity, books and who has the say in what Friction Farm lyrics say. Not to mention the mysterious Laundry Cycle…

The interview lasted nearly eighteen minutes and yielded 3,000 words, which are transcribed below in three parts:

In this final segment of the interview, we discussion playing in libraries, the value of reading, and the accidental Friction Farm Laundry Cycle.

In this segment of the interview, the discussion of the track “Somewhere In The Nowhere” is continued, then the conversation moved on to the track “You Always Bring Me Down” and lyrics that may or may not make Aidan uncomfortable.

In the first segment of the interview, we discuss the album cover photo and concept, and we also talk about the specific tracks “Normal”, “Let It Rain” and “Somewhere In The Nowhere.”